Our Patron Saint
Most of the windows are the work of the outstanding stained glass artists Burlison and Grylls, and have clearly been influenced by the Pre-Raphaelite style.

Many of the windows depict saints of the British Isles, or great teachers of the Church.

John Keble, and Edward Pusey, heroes of the Anglo Catholic movement are honoured with their own windows.

The pale elaborate canopies, detailed paintwork, dark robes and magnificent rich colours are characteristic of their work.
The windows have some lovely detail in them - including heraldic devices, mongrams, and even reproduction of photographs. The saints windows frequently have appropriate symbols, and the saints often have near them simple text bearing scrolls.

The window of St John Chrysostom in the Chancel is charming -
the patron saint is depicted holding a model of the Church.

Burlison and Grylls windows and have a distinctive use of colour.

​One window commemorates several of
the major campaigns of the First World War.

There is also a beautiful round stained glass window depicting Angels in a rich art deco style. 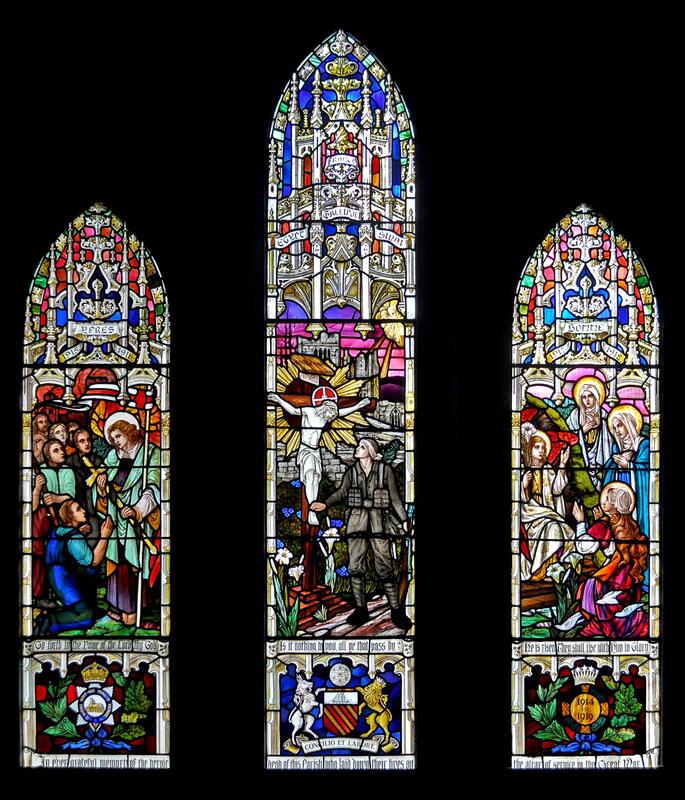