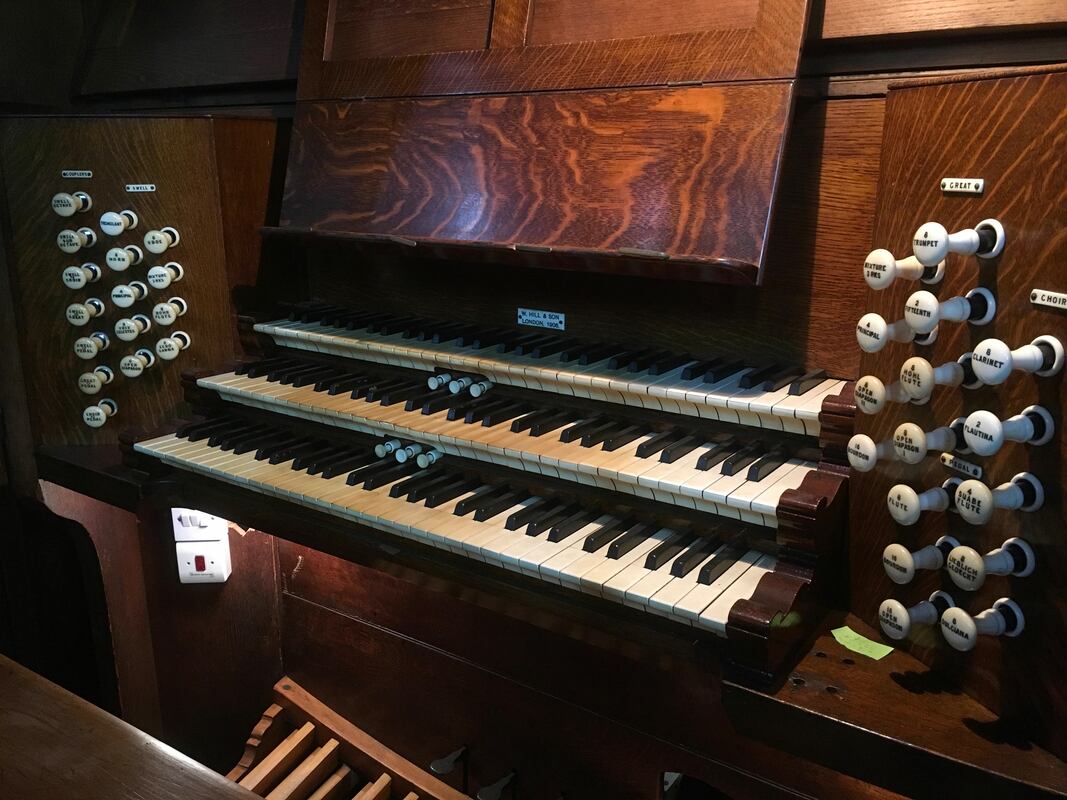 The Organ was built in 1906, the original organ having been lost in the fire of 1904. It occupies a
chamber on the North side of the choir, and sports a front comprising the larger pipes of the Great
Open Diapason stops. The console is immediately below this front, behind the choir-stalls.
The Organ is the work of William Hill & Son and, as might be expected of this builder, is built to the
highest standards. It is used as the main accompaniment to our Worship, as well as for recitals and
other concert use.

In 2006 the instrument was awarded a Historic Organ Certificate Grade II* by the British Institute of
Organ Studies.

We therefore have an instrument of exceptional quality, substantially unaltered from the 1906
specification in both action and tone.

The year before last, we had part of the failing mechanism of two of the keyboards repaired, and last year it became clear that further refurbishment would be needed to keep it playing.

Additionally, a generous anonymous donation allowed us to completely overhaul the third keyboard, which has not been playable since it was damaged by water in the mid-‘90s.

The work has taken many months, with different parts of the organ being more or less useable (or not) according the work being undertaken: this has included repair of large numbers of the little bellows (ranging from the size of a paperback book to no bigger than a matchbox, known as ‘pneumatic motors’) which cause the notes to sound and the stops to change, removal and cleaning of the pipes and repair of the enormous main wind reservoir.